Stuart Middleton has a background in English teaching specialising in the teaching of English in linguistically diverse communities.  He taught at several Manukau secondary schools before joining the Auckland College of Education where he taught secondary teacher education courses in English and Education.  He has worked as a consultant in a variety of countries throughout the Pacific and has contributed to policy development in Great Britain.

After a period as Principal of Aorere College he returned to the Auckland College of Education as General Manager Academic Services prior to taking up his current position.  He wrote regular columns for New Zealand Education Review in New Zealand Campus Review in Australia.  He speaks and writes on a wide range of educational topics.  In 2002 he completed a PhD thesis on the dynamics of transformational change in a tertiary education institution.  He continues to write a weekly column for Campus Review in Australia and maintains a regular online blog – EDTalkNZ.

His awards have included QANTAS Media Awards in 2002 and 2003 as the Best Social Issues Columnist in new Zealand, a Commonwealth Relations Trust Fellowship to the University of London Institute of Education and in 2007 – 2008 he was awarded a Fulbright New Century Scholars Award and it was out of that work that New Zealand’s first Tertiary High School was developed and opened at Manukau Institute of Technology was developed.  In 2010 he was made an Officer of the new Zealand Order of Merit (ONZM) for his services to education.  In 2012 he was appointed as a Justice of the Peace. Stuart received the New Zealand Order of Merit in 2022 (CNZM). 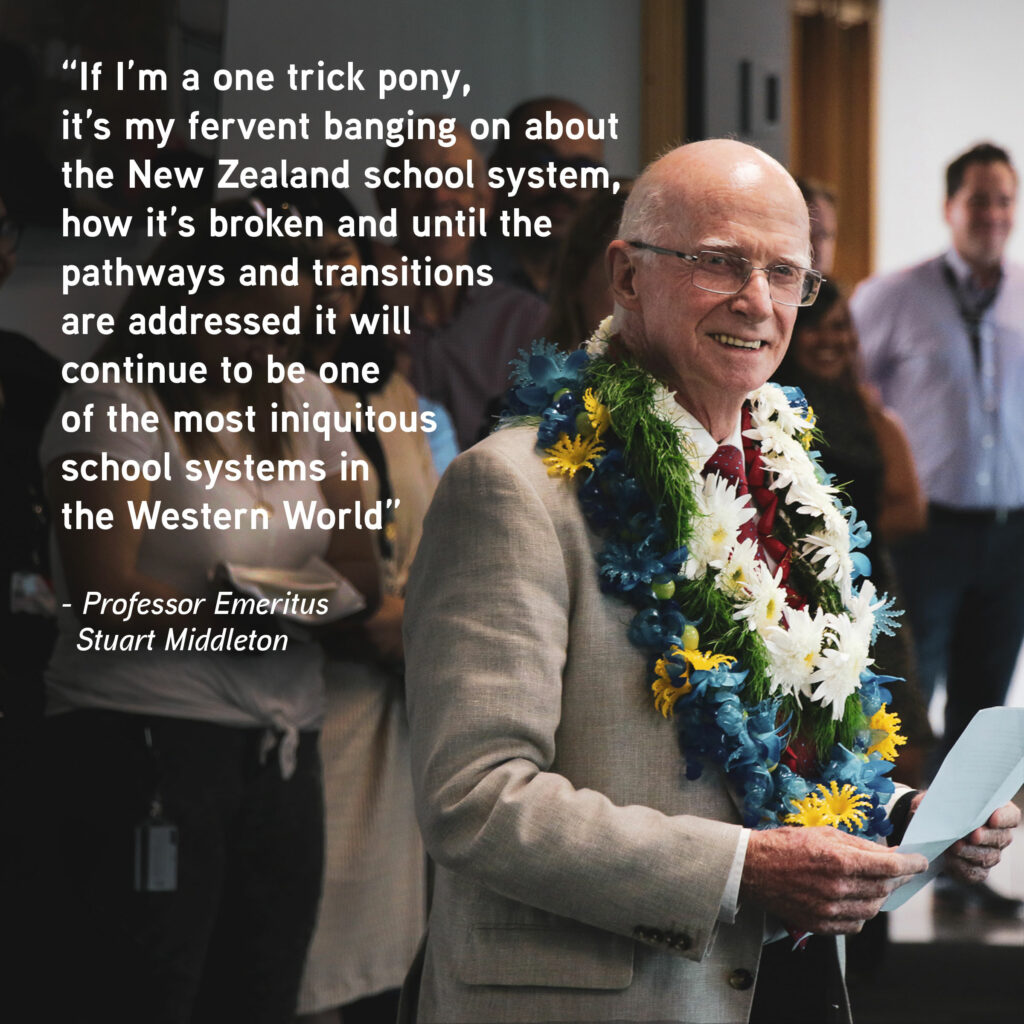 Read or add to the 4 comments